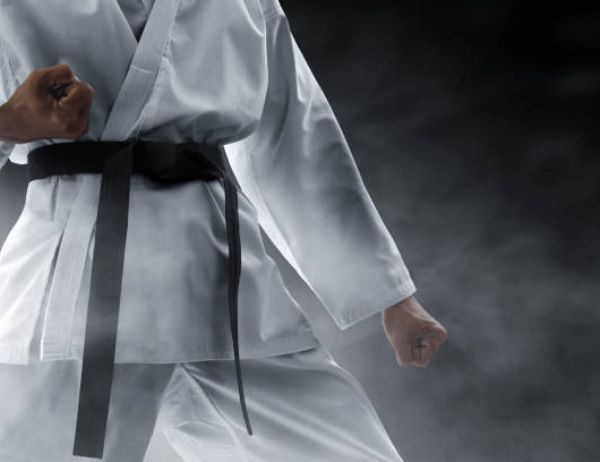 Karate is a martial art and an unarmed combat and self-defense system that targets weak areas on an attacker’s body by using the hands, arms, legs, and feet to strike with fast, powerful blows. Karate originated in Japan.

Like other martial arts, karate is known for emphasizing the mental aspects of the discipline as well as values like courtesy and respect. The learning level of a person who practices karate is signified with a belt. The highest level is black belt.

Karate is one of the most well-known martial arts